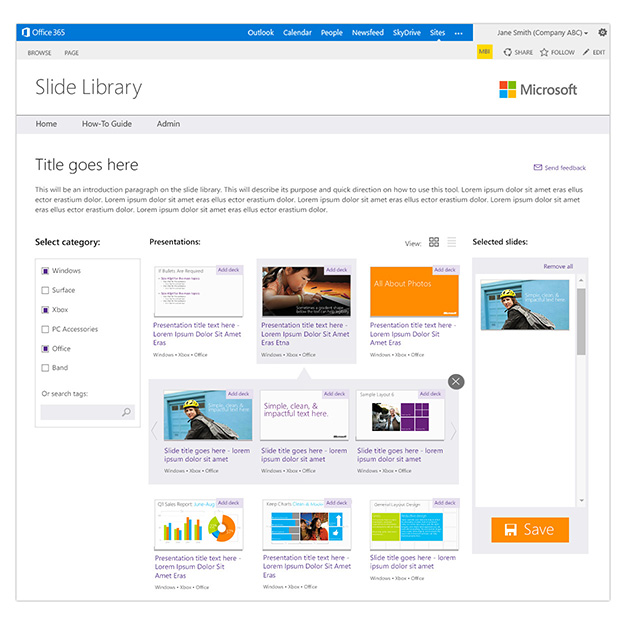 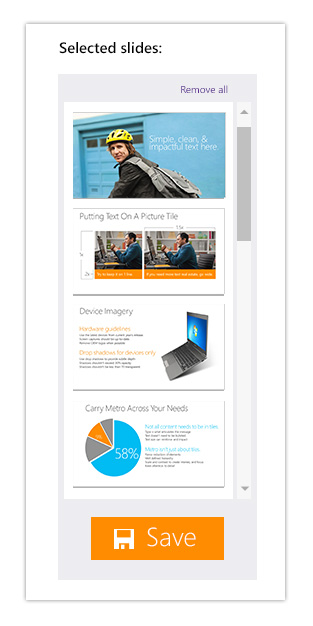 A team at Microsoft was using an outdated feature from an older version of SharePoint to house a library of PowerPoint slides. The library was heavily used by the team to create pitch decks (presentations), but the technology it was built on had been deprecated and was no longer supported in newer versions of SharePoint, prohibiting the team from making upgrades or improvements to the tool. To address the team’s needs, MediaPlant architected and developed a brand new custom SharePoint app. The new app replaced the outdated tool and provided added functionality, better usability, and the ability to be modified going forward. Via the app, PowerPoint decks are uploaded to the SharePoint library with each slide being given tags and descriptions. When team members need a pitch deck they can search the slide library using the app's easily navigated user interface, which includes the ability to filter by category, scroll through decks, preview slides, and switch between list and thumbnail views. Slides (or whole decks) can be selected with a button click and sorted into order before being exported out as a new PowerPoint deck. The new solution is more robust than the original, while still being familiar enough for the team to start using right away. 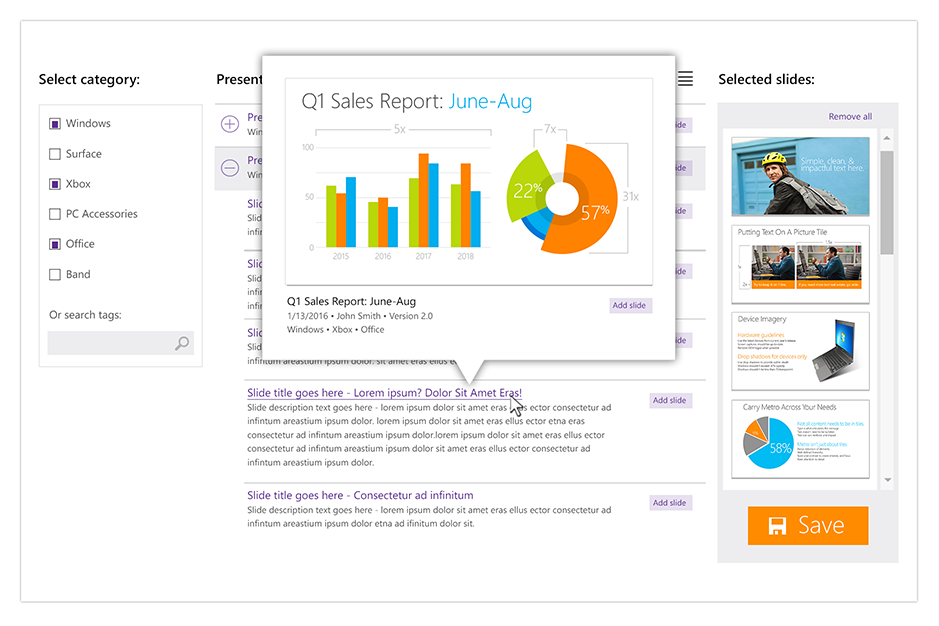 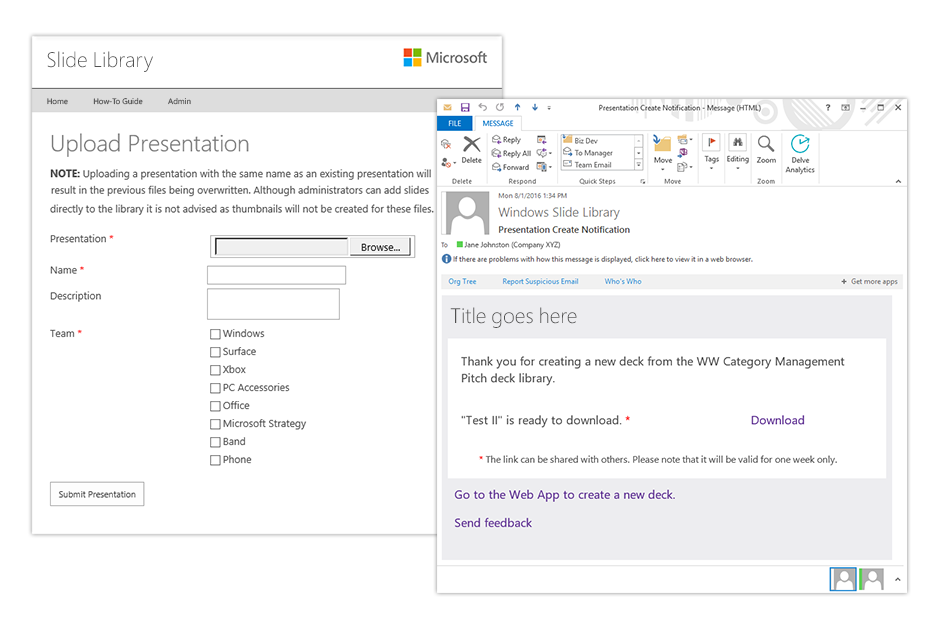